If you wish to be loved, show more of your faults than your virtues. — Edward G. Bulwer-Lytton

La Vie en Rose is an ongoing project by Cristina Nuñez with the real objective of finding her ideal partner. Instead of concentrating on her qualities, in her search the artist reveals her defects and weaknesses, in a temporal and geographical journey, both intimate and public, in constant relation to the crucial moments of her life.

One of the principles of her autobiographical work is the therapeutic research of salvation and redemption as an inner preparation for love. She expresses her most extreme emotions, shows off her most dramatic, pathetic and vulnerable aspects, stresses what most of people try to hide. Thus she becomes a speaker for others, for the public to recognize, identify and mirror themselves, in order to sublimate pain and anger.

La Vie en Rose is a series of videos, a chain of actions which will happen in public space, and a web platform documenting the whole process. Throughout the web platform the audience will be given the opportunity to interact and be engaged in the project.

In the first weeks, Cristina will upload all the videos she keeps on producing, showing her inner and outer evolution, documenting her actual situation, expressing her emotions of the moment, involving the public in her project and inviting them to respond to her research.

All visitors – both men and women – are strongly encouraged to participate. There are several ways to get involved: commenting Cristina’s video on this website (in any language), following the project through the dedicated social networks, writing her directly, visiting her exhibitions and performative actions, proposing as a possible partner and so on.

La Vie en Rose will end once reached the ultimate goal of the project: to find true love.

Cristina Nuñez (b. Spain, 1962) lives and works in Barcelona. Up to the early 2000s, she produced photography books in which she addressed social questions through the portrait. Her works have been presented at Palazzo Vecchio in Florence (1997), Palazzo Reale in Milan (1997), Rencontres d’Arles (1998), Centre National de l’Audiovisuel in Luxembourg (2008), Fabbrica del Vapore in Milan (2008), Festival FotoGrafia in Rome (2009), Mois de la Photo in Montreal (2011), Casino Luxembourg (2011), H2O Gallery in Barcelona (2012), Voies Off Festival in Arles (2013) and MUSAC (2013), among others. Her work has been published in numerous monographic and collective books, and is part of several public and private collections such as Maison Européenne de la Photographie in Paris, Museum of Contemporary Photography of Cinisello Balsamo (Milan), Centre Nationale de l’Audiovisuel in Luxemburg and Ministry of Foreign Affairs in Switzerland.

Both in in La Vie en Rose and in her previous projects, including her workshops, Cristina Nuñez shares her practice in a participative process leading to the co-production of works with her audience.

Her approach can be related to the relational aesthetic theorized by French curator Nicolas Bourriaud, according to which art is a way to create new forms of relations in a  contemporary world which became homologated. Bourriaud takes as a point of reference the theories of psychoanalyst Félix Guattari about aesthetics. Guattari’s researches recognised indeed the art practice as a therapeutic tool in order to free individuals from the typical paths of capitalist society.

This project has received a grant of the OSIC, Generalitat de Catalunya: 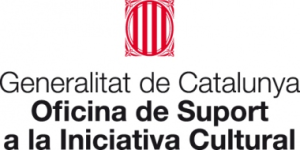